May we each find a mission worth dying for. David Daleiden has exposed the illegality of murdering babies & selling their body parts. Let’s be just as bold!

A hero is a person who puts their very life on the line to save another human being. David Daleiden – an anti-abortion activist – is such a man. He did one of the most couragous acts I’ve heard about in recent history knowing full well that he would be burning a target on his forehead. This man David (rightfully named) is like David against Goliath – Planned Parenthood (PP). News just broke today that the major supporters of PP who are in high government positions, want to financially destroy and jail Daleiden because he in charge of exposing the heinous, vile, illegal acts of this Satanic organization.

When I first saw some of the undercover sting videos, I literally had to pause the clip in order to bawl at my desk and then take a few moments until I could stomach the rest. The video below involves the murder of a baby lying in a bowl at a lab after being aborted alive. Illegal partial birth abortions are being done to salvage more intact baby parts because they are worth more money. In the comment section under this video I found one viewer’s thoughts, “You don’t need god to see this is evil. I’m an atheist and I know abortion is flat out murder of the innocent.”

A speaker at a recent Eagle Forum conference I attended last weekend, told us to watch all the videos so that we may not remain silent and pray that God awakens our souls to do something about the murders taking place in our country. In order to solve the problem we need to actually see how horrible the issue is to begin with. She was right. The scripture that immediately came to mind was Isaiah 5:20, “Woe to those who call evil good and good evil, who put darkness for light and light for darkness, who put bitter for sweet and sweet for bitter.” We are in the final hour folks.

When we see a nation that wraps it’s arms around a baby not to hold it but to kill it, we have lost our way as a society.

I have a special place in my heart for Planned Parenthood. I want to see them go down. Exposing this organization has been a passion of mine for 17 years. They mask all their lies by saying their mission is to help women and give free exams, blah blah blah all to have us embrace the idea that they care for us. Read up on Margaret Sanger, the very founder of Planned Parenthood. One of Sanger’s first quotes I came across when researching the creation of PP two decades ago, was “The most merciful thing that a large family does to one of its infant members is to kill it.”

If we all knew what PP’s mission was, we would see how Satan works. He deceives. He hates life and he wants to destroy believers and unbelievers alike. We were all created in the image of God. Satan hates ALL OF US. In fact, their actual name being Planned Parenthood is a deception in itself. Planned Parenthood comes across like they want to help us be good parents for our children, when in reality it’s name should represent what they actually do, like Dead Baby Factory. Tag line – where we dismember, kill and sell your baby’s body parts and make double the dollars! Money from you as the customer and clients who buy your baby’s body parts! WIN! WIN!

Daleiden is now in the public eye and hated by all who support and love Planned Parenthood and it’s mission. Why? Because if Planned Parenthood were to go down in burning flames, so many billions of dollars would be lost and many of these very same government officials who want to grill Daleiden would lose their status or the money they’re making behind closed doors. We need to be praying for this man.

Tom Brejcha, one of Daleiden’s supporters, said that while abortion groups are pursuing aggressive lawsuits against Daleiden, President Barack Obama’s Department of Justice (facade – the dept of justice is anything but upholding justice) “is waiting in the wings to pounce on David.” We are in great danger as a nation if we have a man in charge who’s main mission is to exploit and destroy anyone who would bring truth to light and keep hidden in darkness people who murder babies and sell their body parts. Selling body parts is illegal and yet nothing is being done by our administration. They should pay and hire David Daleiden to expose more cover-ups, not jail and silence him. Then again, our government wants this truth-seeker behind bars in case he exposes any corruption in the government itself! This man is a threat to our United States government. The time is short people. God’s words are coming to pass in scripture. 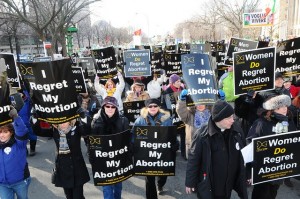 If you have ever had an abortion or know a friend who has, let them know God heals and forgives! In addition, check out this amazing organization called Silent No More. When I spoke for Rock for Life in Washington D.C. several years ago, I heard some inspiring stories from women around the globe who found forgiveness through Jesus. I urge you to share your story so that you too can save more babies lives!

I challenge each and every one of us to find a mission worth dying for. Pick a mission, any mission that exposes sin for what it is and run with it. Life would be so boring if we just did the mundane only to lie on our death beds having regrets. Find a mission. Run the race. Be in the game.

David, my friend, you will soon receive a crown of glory for all that you have done to expose the over 57 million babies that have been killed thus far through abortion. Well done, good and faithful servant, well done.

Question: What hard thing have you lived through that you can use to help others? Share your answer by clicking here.